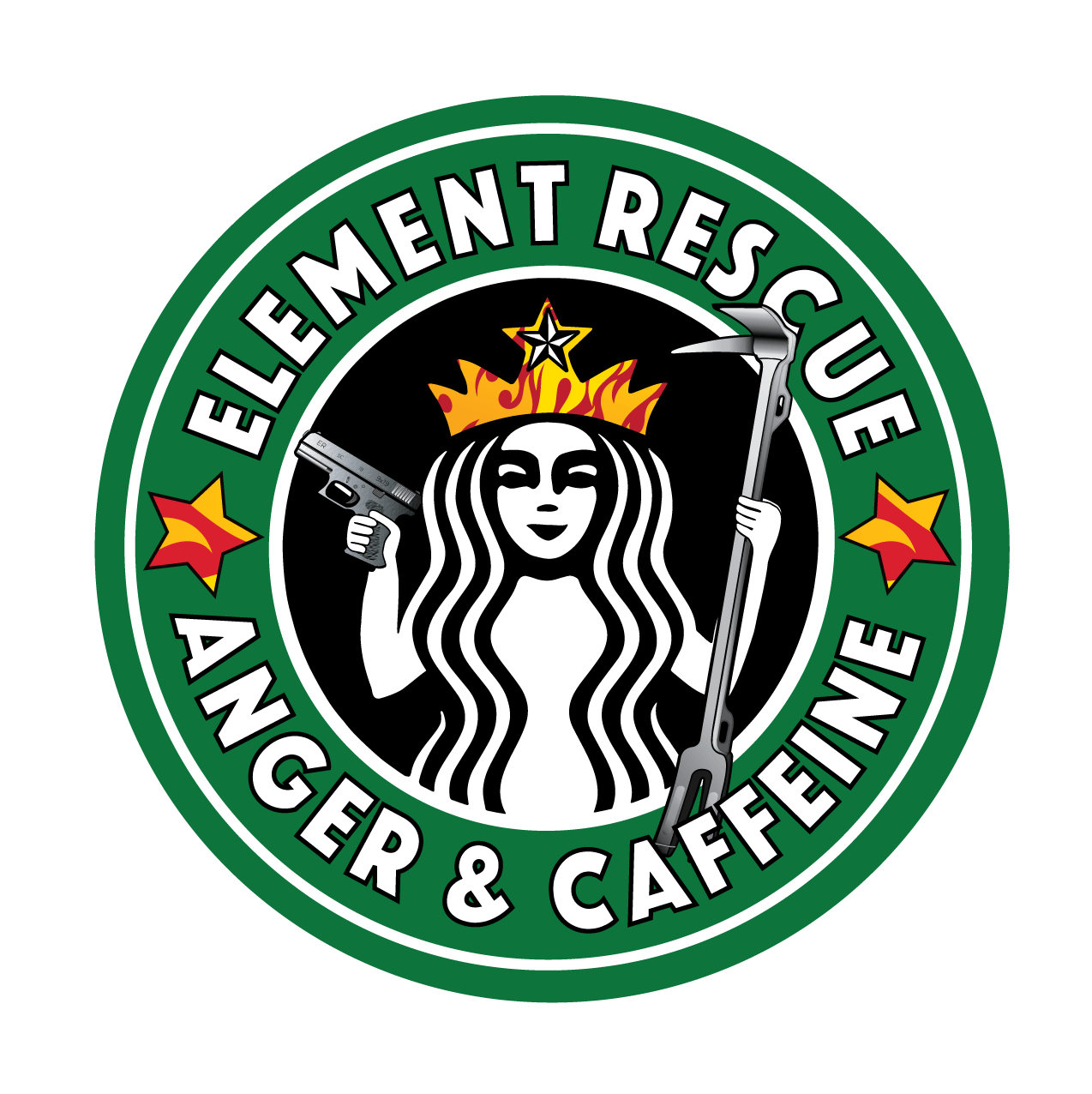 Failure Is an Option...(In Training)

Having been involved in the instruction of various disciplines of technical and tactical rescue for over 20 years, the community has developed the “next best” matrix for training at least 5 times. Have a structured class, testing is the key to learning, spend more time in the classroom, spend more time on the training ground…we’ve heard them all.

Through the years, we have developed our own concept of how to deliver technical training to the typical Type A personality we see in the rescue industry. Failure…you read that correctly; FAILURE!  Just like many of you, we do not have initials like PhD after our names (actually not the best example, I know a few PhD's that can't find their butt with both hands...), but like Jay-Z says..."we know a little bit, enough that you won't illegally search my...", anyway, we do have pretty good observation skills…and frankly, the end results don’t lie.

To be clear, we still follow the Tell, Show, Execute formula of training. That is, we verbally deliver the material, the instructor shows the student how to execute the skill, and the student executes the skill. For the past two years we have also instituted a new rule during the “real-world” scenarios given to students in our high threat courses; let them fail. How many times during a class has an instructor time and again stopped the student in mid drill to correct a minor detail that wasn’t picture perfect? Or perhaps you didn’t tie a knot the instructor “preferred”? Our primary mandate during scenario training…don’t let a student kill themselves or a classmate.

Why this mindset? The human brain is very complicated. How the brain learns, executes tasks and behaves under stress is not only very interesting (I would encourage any emergency responder to research these topics), but also very important for an instructor to understand.

Have you ever had a dream where you are falling? Reflect back on that dream. In that dream have you ever actually hit the ground or have you woken up at the moment of impact? For those of you who always wake up, research would suggest that the reason you wake is because your brain has never learned what it is like to hit the ground as a result of a significant fall. Without that physical experience, the brain cannot project the experience in a dream. In a nutshell, it hasn’t learned that response. If you do hit the ground in your dream, there is a good chance that you have had a significant fall and therefore, your brain has learned the response.

One can apply that same logic to the training ground. If you are constantly being shown, the correct way to execute a rescue, how can your brain learn to, 1. Identify when something is wrong, and 2. How to fix what is wrong to make it right. Many type A personality students understand the importance of failure. When we conduct training for specialized organizations, it is not uncommon for a student to identify all the ways they can FAIL, before they ever feel they have mastered the skill. And it shows.

“An expert is a man who has made all the possible mistakes in a very narrow field.” – Neils Bohr

What this methodology creates in the end-user is the foundation for building intuition.  We unfortunately are unable to reliably reach Dionne Warwick on the psychic hotline via sat phone in our times of rescue needs.  Intuition and the capability to adapt dynamically become imperative.  The development of individual intuition is derived directly from experiences.

Throughout the years much research has been conducted examining decision-making in high-pressure arenas and the role intuition plays.  In 1957, Herbert Simon identified a decision strategy called satisficing – which means to select the first option that works.  This is obviously different from the optimizing theory, which means trying to come up with the best strategy.  Optimizing is often irrelevant in time constrained, high threat environments due to time consumption and difficulty.  Later, in 1977 Janis and Mann researched decision-making (in non time pressured environments), and found that people try to avoid making decisions because of the stress of carrying out the analysis.  Janis and Mann offered prescriptions to help during the decision making process that included suggestions such as; Survey a full range of objectives; Carefully weigh the costs, risk, and benefits of each option; Intensively search for new information in evaluating options; Reexamine the positive and negative consequences of each option.  This technique is an example of rational choice strategy, which may be very relevant to the banker or economist, but not the rescuer operating in austere and chaotic environments.

In 1984 the federal government issued a published notice asking for written research proposals to study how people make decisions under time pressure.  The request came from the U.S. Army Research Institute for the Behavioral and Social Sciences.  It was at this time that Gary Klein charged into this arena of study with concepts like naturalistic decision-making and recognized-prime decision-making (RPD).  Klein’s book Sources of Power; How People Make Decisions is a valuable read for any rescue practitioner and/or instructor.  In a nutshell, there is a technique behind building a persons’ intuition, increasing their individual capacity to dynamically adapt to unknown situations and employ improvisation when necessary.  This ability directly correlates to the experiential “bank” the instructors give them.  Klein states in Sources of Power;

“…We do not make someone an expert through training in formal methods of analysis.  Quite the contrary is true, in fact: we run the risk of slowing the development of skills.  If the purpose is to train people in time-pressured decision making, we might require that the trainee make rapid responses rather than ponder all the implications.  If we can present many situations an hour, several hours a day, for days or weeks, we should be able to improve the trainee’s ability to detect familiar patterns.  The design of the scenarios is critical, since the goal is to show many common cases to facilitate a recognition of typicality along with different types of rare cases so trainers will be prepared for these as well.”

What research has found is that “mass experiences” is vital.  Our background experience in other areas can sometimes mislead us and we will make mistakes that will also critically add to our experience base.  By allowing failure during dynamic execution of skill sets or during improvisation (due to decreased organic assets) templates mandatory recognized patterns to avoid during “real world’ operations.

Vice versa we can also observe the effects of not allowing students to fail. During rope rescue training, we like to change the training venue for one of the last two days of the class. Why? Students become jaded with success as they continue to perform rescue tasks from the same platform such as a training tower, parking garage, or mountain cliff. Move those students to a new or entirely different environment and many times they are lost and confused. During a class where we moved from the urban environment to the woods, a student couldn’t figure out how to build an anchor because, “This tree is much larger around than the pipes on the tower.” The student had grown so accustomed to utilizing a blue webbing it was completely foreign to use longer red or black webbing. I guarantee after this failure, the student will never have an issue with tying an anchor in either environment.  We are not K-9’s, in which we tend to always end training on a “success”.  Humans, especially type A personalities typically learn exponentially more from their failures.  If we can allow these failures in a controlled training environment, the initial learning uptake and sustained understanding of the skill sets drastically increases.

Element Rescue and it's primary members have been actively involved in high reliability organizing (HRO) for quite some time, and this philosophy is a driving factor in all of our programs of instruction (POI).  If you check out our PodCasts & VideoCasts, you will notice that a Preoccupation with Failure is a fundamental tenet.  As described in those episodes, this is not a negative thing... it allows the rescuer to set right and left parameters.  It also allows the instructors to gauge the efficacy of new techniques within various environmental pathologies.  We should all want to assess our techniques and equipment in a multitude of situations, with a multitude of end-users for potential failure points.

In closing, the instructor must use good judgment in determining how much failure is good for the student and the class. If the course is becoming confusing or ineffective, clearly the instructor must step in and guide the scenario. Frankly, if this is necessary it is a good sign the instructor allowed the course to progress to scenario based training too soon.  Take a step back, review the material and re-execute the skill.

"All because this fool was harassin' them

But ain't nuttin' sweet 'bout how I hold my gun