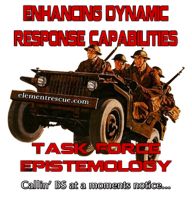 UPDATED (7-3-2015)  This is the second half of Part 1.  In this section we dig a little deeper into a few tragic events known throughout the first responder arena, and examine what really occurred and what lessons there are to be learned.  Without digging into the minutiae of the event, critical aspects can be overlooked or dismissed, which could impact our response and training dramatically.  Another important “take home point” with these events is the fact that many of them learn from one another.  Similar to the evolutionary tactics of the Chechnyans, there is a learning cycle, and small adaptive changes that are implemented within the next attack.  Very rarely are these attacks “revolutionary” but rather evolutionary.

There is somewhat of a predictive manner of the threats new TTP’s, this based on what parts of your response proved to be successful or impacting.  I.e. during the Moscow Theater Siege, the Russians pumped in a fentanyl -like gas into the ventilation system, which worked effectively.  Consequently,  one of the first tasks the Chechnyans performed two years later at Beslan was to knock out the windows and bring in gas masks.

Take a look at the evolution of fortification tactics that occurred in the U.S. within six months from September 27, 2006 to April 16, 2007.  What we need to realize is geography is not our concern, but rather tactics.  What we mean is that, ...many folks that work in large urban departments may see the incident at Nickel Mines...as another tragedy, but not extremely relevant.  Nickel Mines occurred in a one room, rural, Amish school.  Doesn’t sound similar to any response AO found in Los Angeles or New York, so the events of this act of violence may get lost ... lost because of geography.  What we need to focus on are the tactics utilized by the threat.  The tactics used in Nickel Mines evolved from Platte Canyon High School five days earlier, and then Cho evolved the tactics used at Nickel Mines six months later at Virginia Tech (Cho actually had considerable knowledge of many events, and started studying them when he was in high school).  We can even fast forward to the hand written notes of Holmes discussing how to barricade the doors of the Aurora Movie Theaters (although he did not get the opportunity).  These threats research each other.  Our minds are not preoccupied with murdering innocent people.  Theirs are.  If an active shooter event occurs anywhere in the world, and receives media coverage, what is the probability that they are going to dig as deep as they can into the details of that event?  Look at the research profile that was done by Adam Lanza.

Epistemology is a bitch...The basis for which we fall into the trap that we think we know more than what we truly do resides largely in epistemology. Epistemology is the study of how we determine how or what we really know. There are many ways to break down the types of knowledge, but as a general overview, the main three are;

In Plato’s dialogue in Theaetetus, he discusses that to justify true belief we must be able to give account why we think we know something.

The human mind suffers from three ailments as it comes into contact with history, what some refer to as the Triplet of Opacity.  The triplet of opacity can be broken down as the following:

Do we really know the events we are trying to prepare ourselves or departments to respond to?  If it only impacted us individually, it may hold a lesser value.  The impact is felt by those expecting us to respond and save their lives, always on our “A” game.  Our platonic fold is filled with the lives of the innocent, we are called to protect.

I find this “mind-chess” played out between terrorists and those protecting our nation fascinating.  Nassim makes an interesting statement relevant to all of us who find ourselves facing a dynamic threat.  “...Because the bell curve ignores large deviations, cannot handle them, yet makes us confident that we have tamed uncertainty.  What we don't know is far more relevant than what we do know.  Events can occur precisely because it wasn't supposed to happen.  What defense do we have against that?  Whatever you have come to know (that NY is an easy terrorist target, for instance) may become inconsequential if your enemy knows that you know it.  It may be odd that, in such a strategic game, what you know can be truly inconsequential."

If we don’t dig down and look for fluencies within tactics employed at each event, we will never see the evolutionary commonalities that may exist, which can go unappreciated.  Think in simple terms of an AAR - “Sustain” and “Improve”.  What worked and what didn’t.  When we start picking them up, we begin to create an evidence - based approach to our TTP’s, which will allow us to conduct future operational gap analysis.