Tactical Combat Casualty Care & Evidence Based Medicine: The Good, The Bad, The Irrelevant (Part I)

This is a two part podcast examining the “Evidence-Based Medicine” behind the Tactical Combat Casualty Care Guidelines.  We have taught TCCC for just over 13 years, but followed it since the original article was released in Military Medicine in 1996.  The TCCC Guidelines have evolved quite a bit over the years, from an article, to a committee, to the military standard it has become.  For years the relevancy has been questioned within many special operations groups from DoD to Federal.  Not really because of the methodology used to create the guidelines, but because the content was fairly basic or in some cases they were giving that medication for a decade prior to making it into the TCCC guidelines.  That is really not a “gig” on the guidelines due to it’s broad permeation into the military, it is not focused on SOF unit requirements.  What we began to question is the methodology.  We preached TCCC & defended it by the mantra “Evidence-Based Medicine” (EBM) for many years.  Who can question Evidence-Based...anything?  We knew that TCCC has had an integral role in greatly decreasing mortality over the last 15 years.  It took on the responsibility of documenting the care, the research, the injury patterns, so the current lessons learned will not have to be re-learned through our service members blood in the future.  But... we were seeing some oddities through the years.  It started off with inconsistencies in “recommending” specific equipment / meds through the years, and the occasional epic failure of those recommendations.  Questions like, “Wouldn’t something that is evidence-based pick up that flaw...?”  In many cases a “common-sense-based medicine” would have called BS right away.

These discussions over the years, led us to ask...”What is Evidence-Based Medicine anyways”?  Does the realm of medicine have a different definition of “evidence” than us?  What would evidence-based tactics look like?  Do our team leaders, SGM’s, team commanders, and fire Lt’s utilize a normal distribution curve, evaluating Random Control Trials...and meta analysis to create their operational tactics, techniques and procedures (TTP’s)?  Nope, because those methodologies do not include the environment.  How can we utilize anything that does not include the environment...?  The environment dictates most of what we do, whether it is weather, sleep deprivation, enemy threat, night...day...anything.  Well not only does the environment have pathology in medicine that effects the responder, but also the casualty.  The complexity of injury of the casualty is already multiplicative (Power distribution curve), but then introduce the pathology of the environment...this situation is so far outside the relevancy of a normal distribution curve (which is what EBM is based on), it almost seems absurd.  On a side note, as we state in the podcast...you have to start somewhere, and the EBM, Gaussian Curve is probably the best place to start.  Lets take equipment recommendation.  First, the Committee on Tactical Combat Casualty Care, should probably not be in the product recommendation game, especially when you have a history of “goofs” and at no point do you test any equipment in the environment it will be utilized.  Also, it potentially opens the committee up to be compromised...by vendors...who if they get their product listed in your guidelines....makes a bunch of money...probably should stop there.

But what the committee could do is evaluate product like they have for years...in a lab, without any environmental variables, completely linear and additive.  Then they can honestly present that data or point to the research organization that did the evaluation and state, “here is some data on TQ “X” or hemostatic “Y”, we tested its claims and found it successful in a controlled environment within a lab.  There is no possible way for us to test this product in every environment the potential end-user will find themselves, so use this data as a starting point to evaluate if it will work in your specific environment, with your key performance parameters.”  Do you work in a marine environment around water...maybe salt water?  Or a high desert region?  Maybe a cold mountain area?  Well, all will have different material and durability requirements.

From technique selection to equipment selection, each aspect should filter through a validation methodology referred to as “3E”.  The question must be asked “why should I learn this skill or carry a piece of equipment and who says it is effective?”  This methodology imposes a three-stage stop gate system.  If a skill or piece of equipment fails any of the stop gates it is removed from the system and reviewed or re-engineered.  The 3E stop gate system is as follows;

Effective – is the skill or equipment effective in accomplishing the desired outcome.  Does it perform as advertised? (This is EBM)
Efficient – Is the skill or equipment efficient in the area of operation (AO) of its intended use?  Based on the specific AO, a skill and/or equipment requirement list should be performed.  A list of characteristics pertinent to the environment where the skill will be performed must be compiled (Key Performance Parameters).  I.e. Low / no light, temperature extremes, associated PPE, altitude extremes, threat level, etc.
Executable – Having the capability of accurately predicting the physiological and psychological effects of survival stress (self-preservation) in the specific AO / mission profile, will the end-user even have the capability of recalling and performing the skills or utilizing the equipment suggested?  This is a two-step process; first, identify predictable stress levels during application based on intrinsic AO and/or phase of care properties.  Second, utilize the above information to determine technique/equipment/skill selection.  Utilization of the Inverted “U” research and Thom’s “catastrophe theory” will assist in selecting appropriate motor skill capability.  Compatibility of skill selection to the AO and subsequent sympathetic nervous system response (SNS) is critical.  The operational paradox we are maneuvering within innately activates SNS response; the technique must be a natural extension of the end-user under significant stress.

There is a PDF document below, by Bruce West, who is with the Mathematical & Information Science Directorate at the Army Research Office.  His presentation  is titled, A Medical Tale of Tails: Implications of Inverse Power Laws in Primary Care Research.  I would highly recommend that EVERYONE read this.  First, Mr. West is freakin' brilliant, and second, I will not pretend that I didn't get carpal tunnel syndrome "googling" a bunch of concepts and equations that were in this presentation.  What I love most about this presentation and his book, is it clearly and efficiently illustrates what we all realize... whether discussing casualty care, pre-hospital treatment modalities, rescue integration, and/or dynamic incident response - it is NOT Gaussian (normal distribution - bell curve) in nature!  It is power-law distribution.  I will let you study the below PDF, but I do want to highlight one slide in particular, it states;

Humanities consist of many disjoint subjects:

Physical Sciences are based on sequential interdependent studies:

Biological Sciences are also based on sequential interdependent studies.

Interdependence and memory are complex, violating the conditions for Gauss distribution!

West goes on to state that the average (Bell Curve) never characterizes a complex phenomenon.  I will go out on a limb and say we all probably agree when we are called to apply our trade, we are working in a complex environment.  So, if there is no average - then what?

The Slope (power distribution) replaces the average as the metric

Lastly, is the recent requirement for Military Health Systems to become HRO’s.  There was a study done and published (2014) showing an increased capability and efficiency if the MHS as a whole implemented HRO principles.  Interesting enough, HRO principles and practices are in a stark contrast to the normal distribution curve...RCT’s...and meta analysis.

As we state on the podcast, EBM has done some remarkable work and facilitated some great advancements.  In the areas of Oncology, Type II Diabetes, and Chronic lower back pain, some impressive steps have been made.  Within all of these areas, a diagnosis has been made or narrowed, environmental elements are controlled, and lab values and diagnostics are abundant. 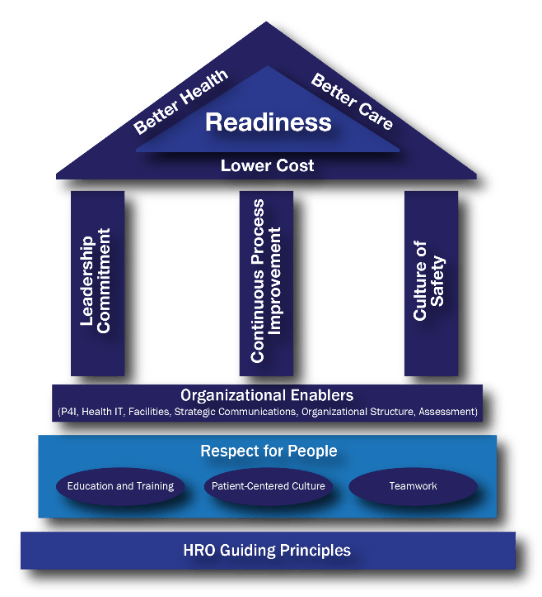 So, we will start off with this for now.  The items mentioned in this writing are discussed within the podcast.  More to follow on Part 2 of the podcast.  There are additional pdf’s below to download. 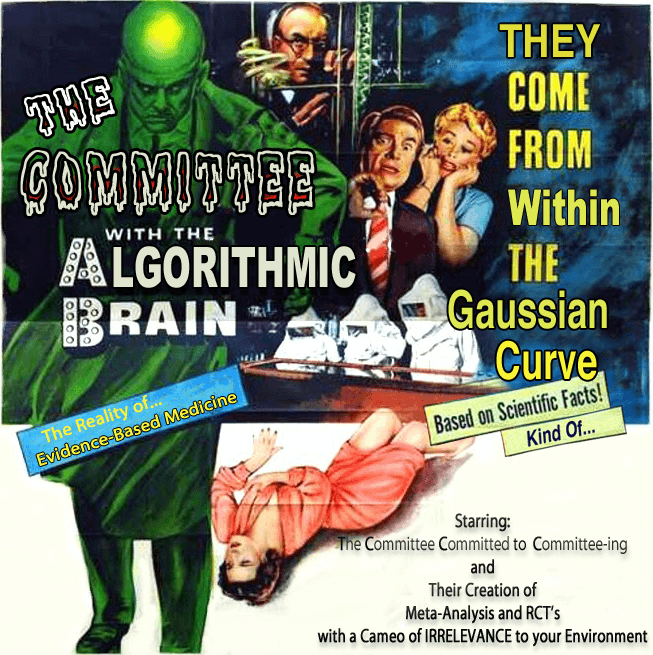 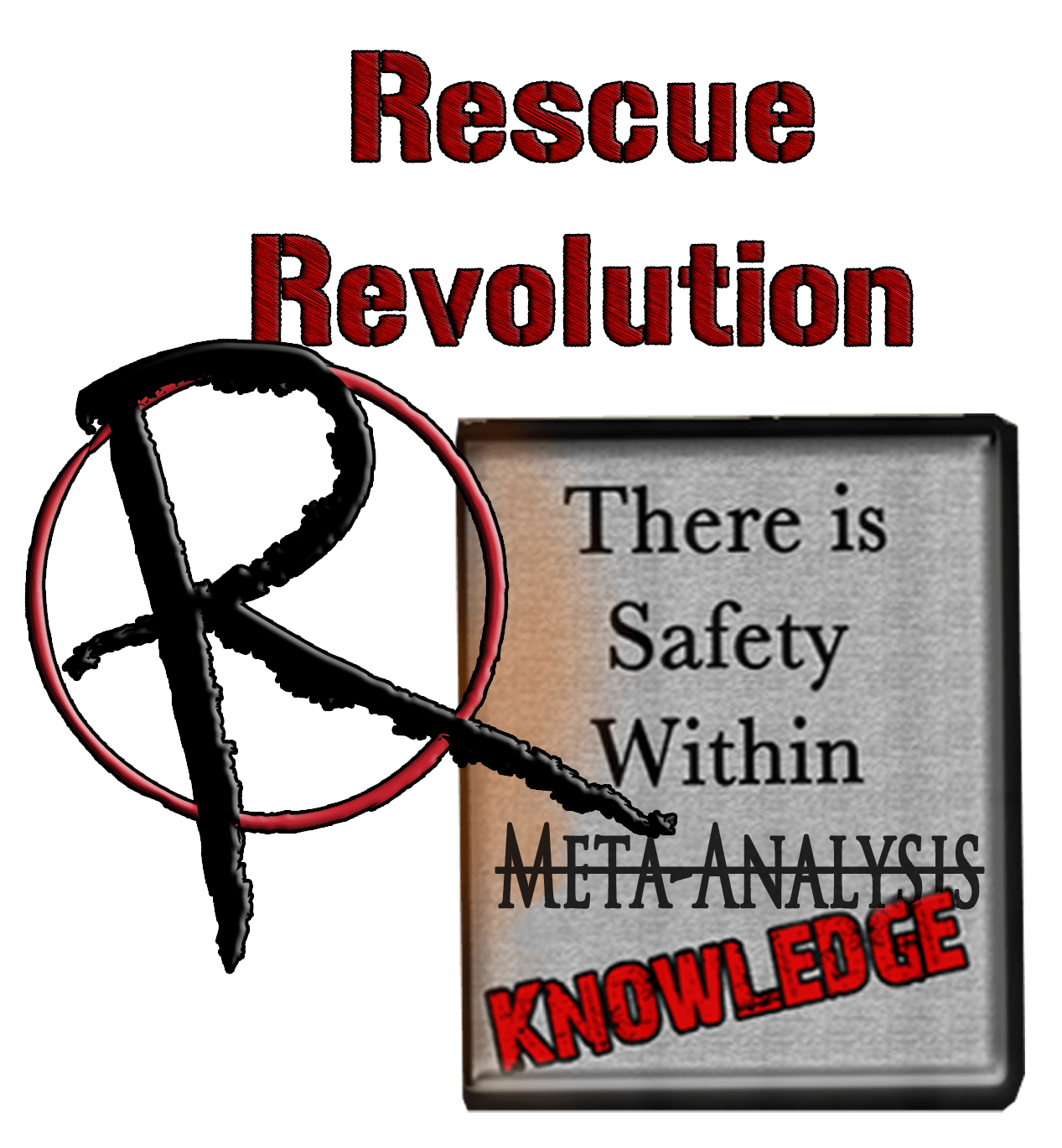